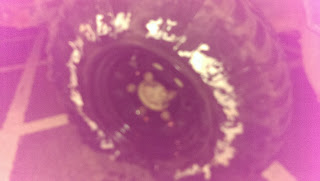 I had a bit of an issue the other day on the way home from work. I heard a pop and the back nearside corner seemed to drop. When I pulled over I found the back tyre let go at 70mph on the motorway.

Apart from the noise and a bit amount of shaking the car was not out of control. I'm not sure if it's a positive thing that there is not a great difference between driving in a straight line with all four tyres inflated or a back one being flat, or if the ride is just that bad in the first place.

In my warped mind I put this down to a Landrover safety feature ;)
Posted by Unknown at 05:35 No comments:

After the poor engagement of the bendix on the starter motor since having the car, the inevitable happened with nothing happening when the key was turned, apart from a click of the relay inside the car.

Not making any assumptions,  the battery was checked, followed by the fuses and finally the voltage at the motor itself.

I was expecting to find the starter broken, but the reason for not starting was the spade connector on the white lead from the ignition had come off the starter motors stud.   The reason it came off was the starter moter was not bolted down, with all 3 bolt wound out about 10mm, causing movement which worked the push fit connector loose.  The bolts being loose also explains the reason for the noise upon starting.

Lead pushed back on and bolts wound in and it starts again with no noise and much quicker.  As there are no spring washers on the bolts I fitted some to stop it happening again.

The next job will be to fit a new turbo heat shield, which I found laying on top of the starter motor.  The endless joy of owning a Land Rover is there is always something to do.
Posted by Unknown at 17:17 No comments:

The latest eBay bargin was a Devon 4x4 twin battery tray,  but for a newer model.

Once in place the holes didn't quite line up where I wanted to place it, but a few minutes with a drill fixed that.  The existing holes we closed off with some blind grommets. 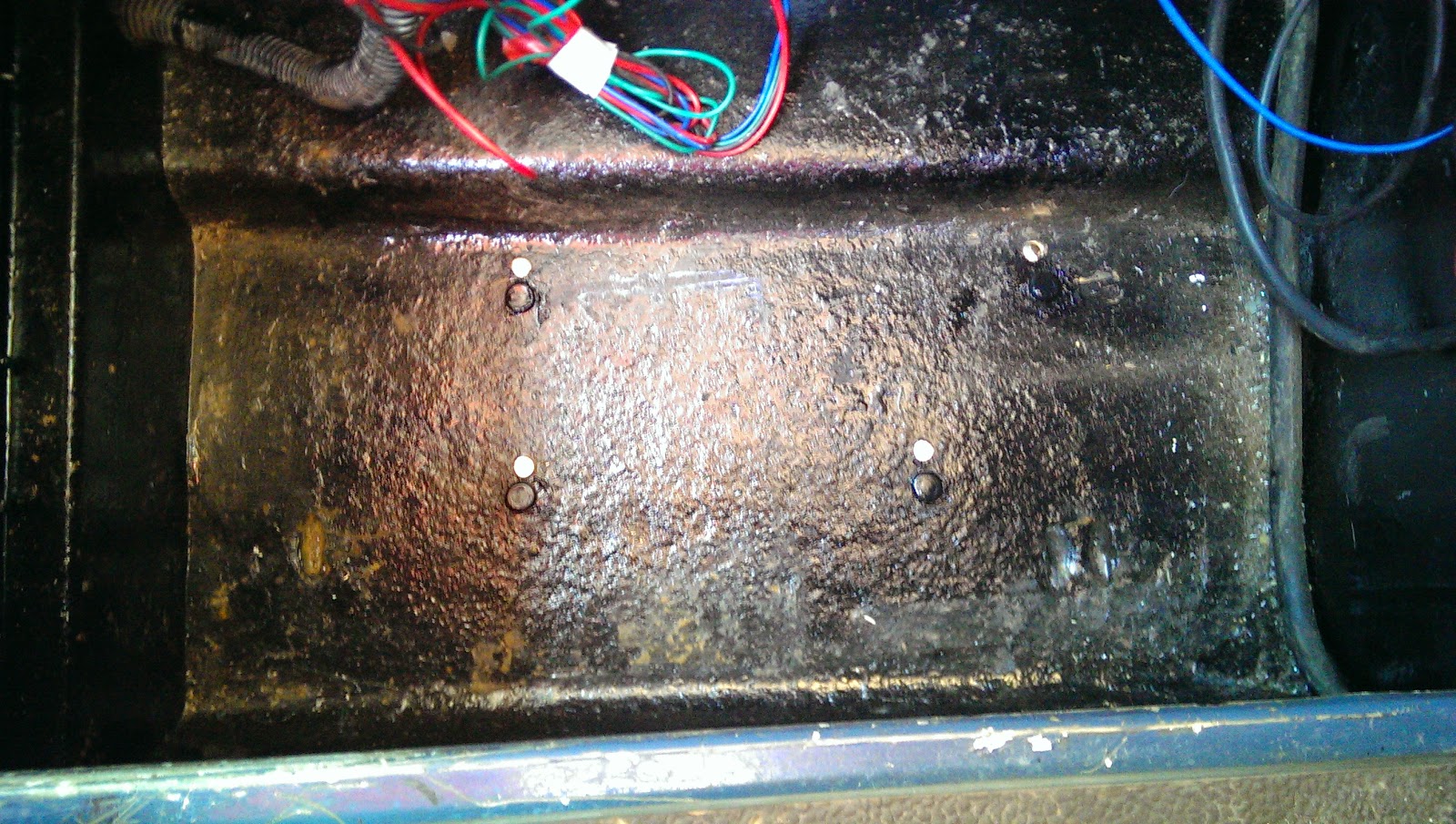 and then the tray was bolted down. 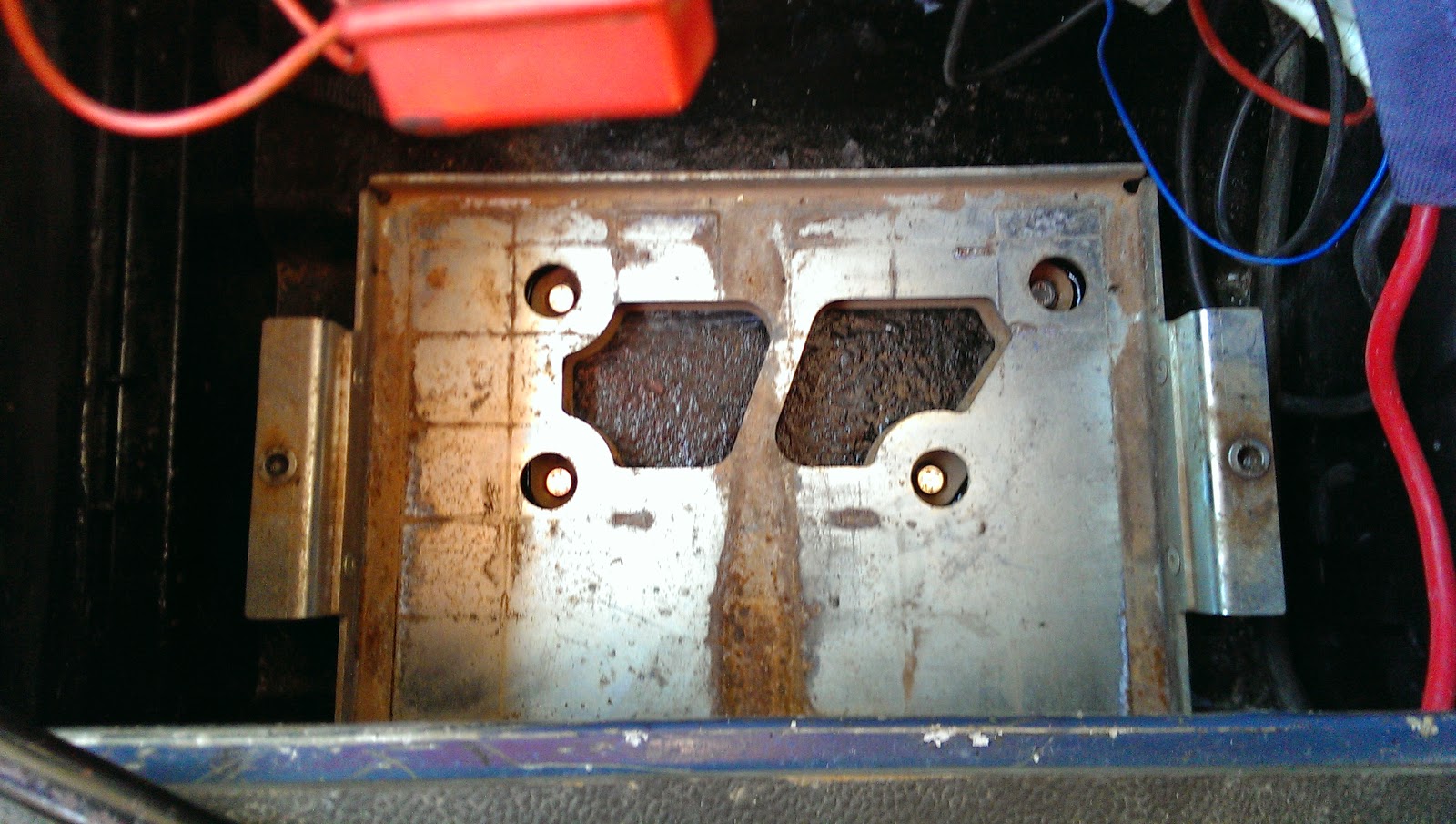 As one of the batteries was taller than the tray was designed for a, spacer was needed between the smaller battery on the right and the clamp bar.  Also a piece of threaded bar was used to replace bolt on the left which was too short. 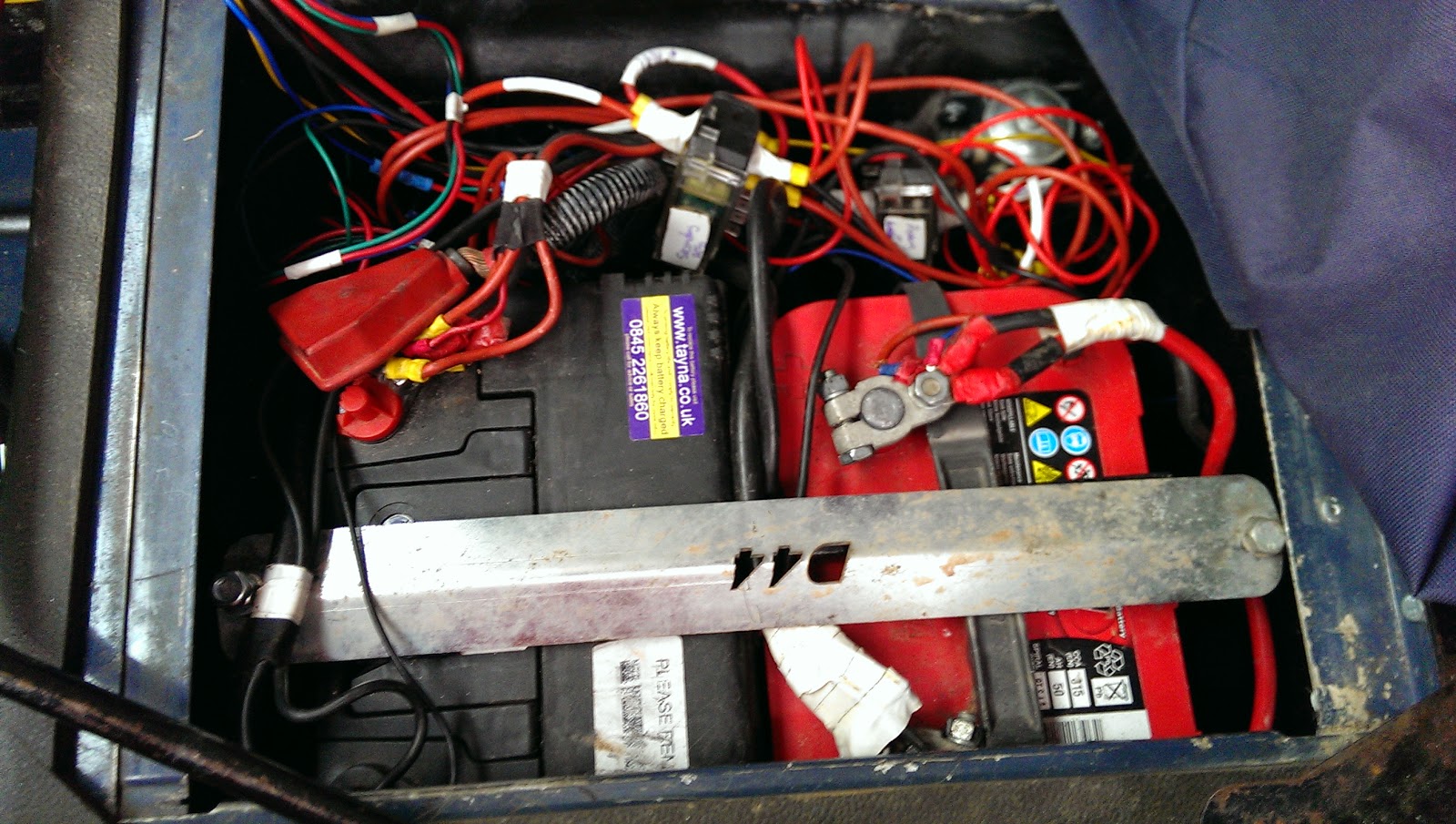 In all it was 30 minutes well spent. Firstly the battery terminals won't touch the body work and cause a fire, and secondly it will pass scrutineering at the next event.

A bit of extra rubber never goes a miss

Ebay is a wonderful place to pick-up some bargains.  Obtained 5 Boost alloys from a Disco, with 3 good tyres between them.  Also, 5 BFG KM 265 85 mud terrain tyres with a good amount of tread.  Best thing is I only had to travel 20 miles from home to collect them!
Off to the tyre center in the next week or so to play swap the tyres, however I need to get some wheel nuts for the Boosts first. 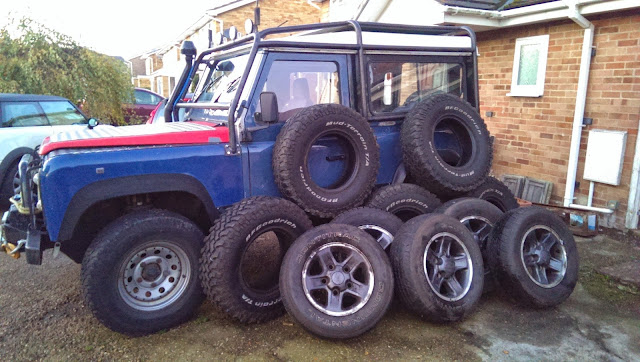 OSF outrigger top plated ready for some Hammerite and Dinitrol 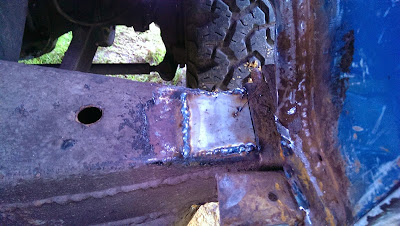 OSF outrigger bottom plated ready for some Hammerite and Dinitrol 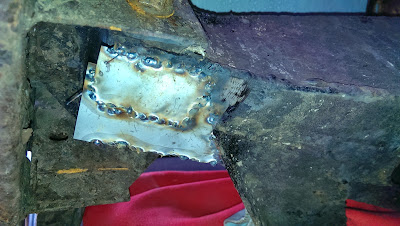 In preparation for the welding I removed the ancillary battery from the battery box.  On inspection it looked a bit messy in the bottom of the box so decided to remove both batteries to see if there were and holes. 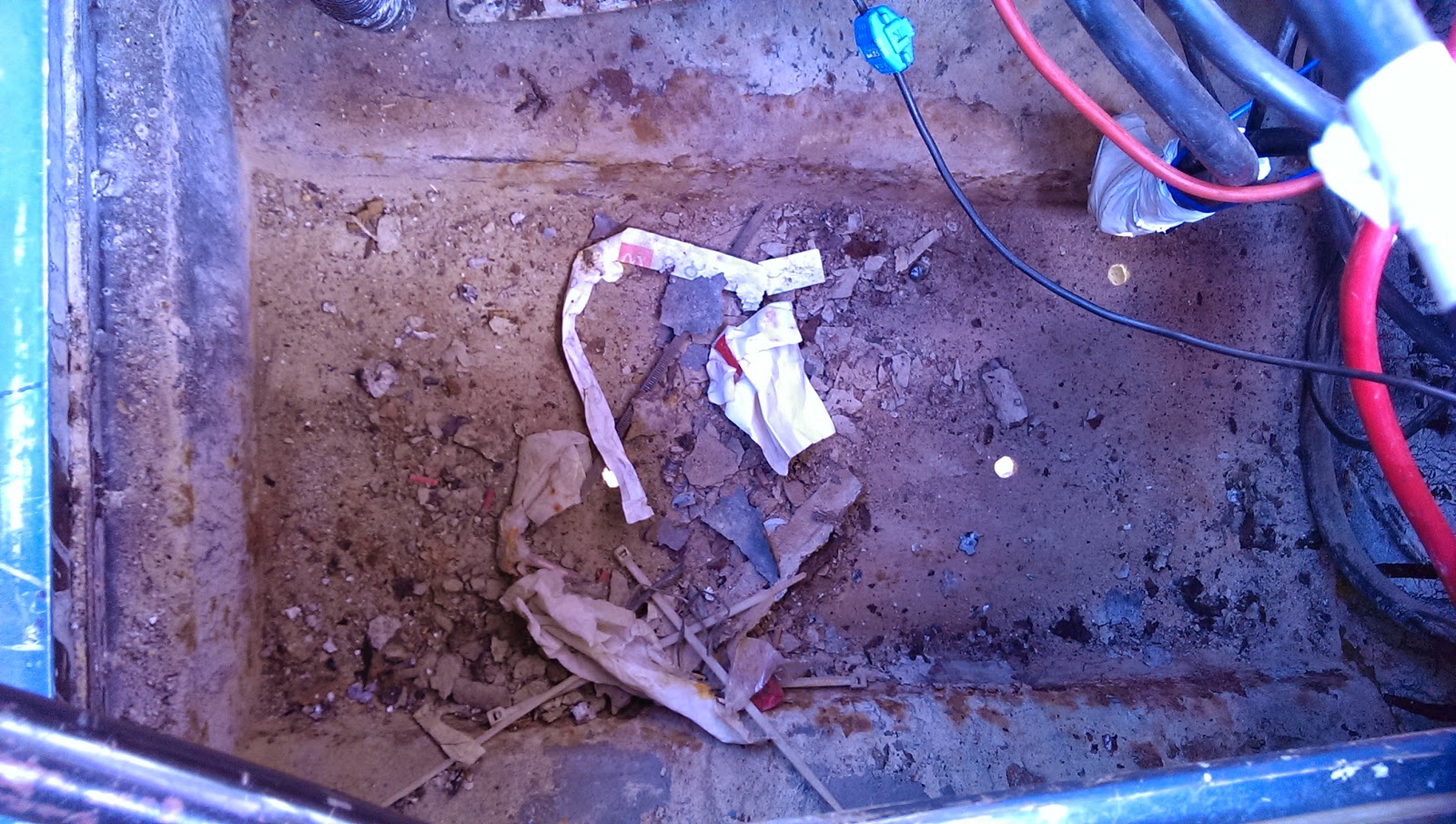 After clearing the mud, leaves and sticks, followed by a good wash out and wire brushing, it looked very solid. 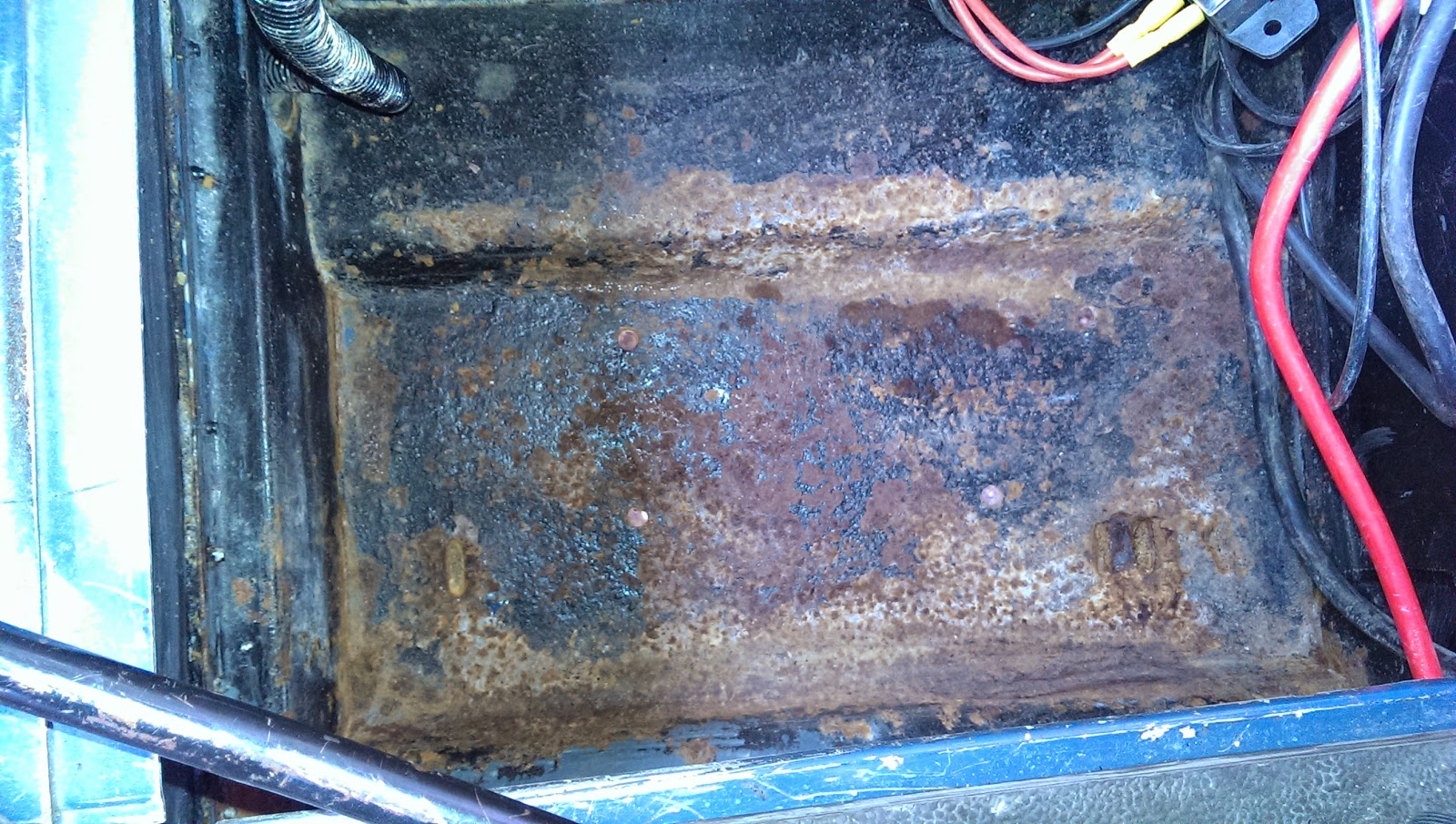 Quick coat of Hammerite Kurust anti-rust solution and gloss black smooth-rite and it's ready to receive the batteries again. 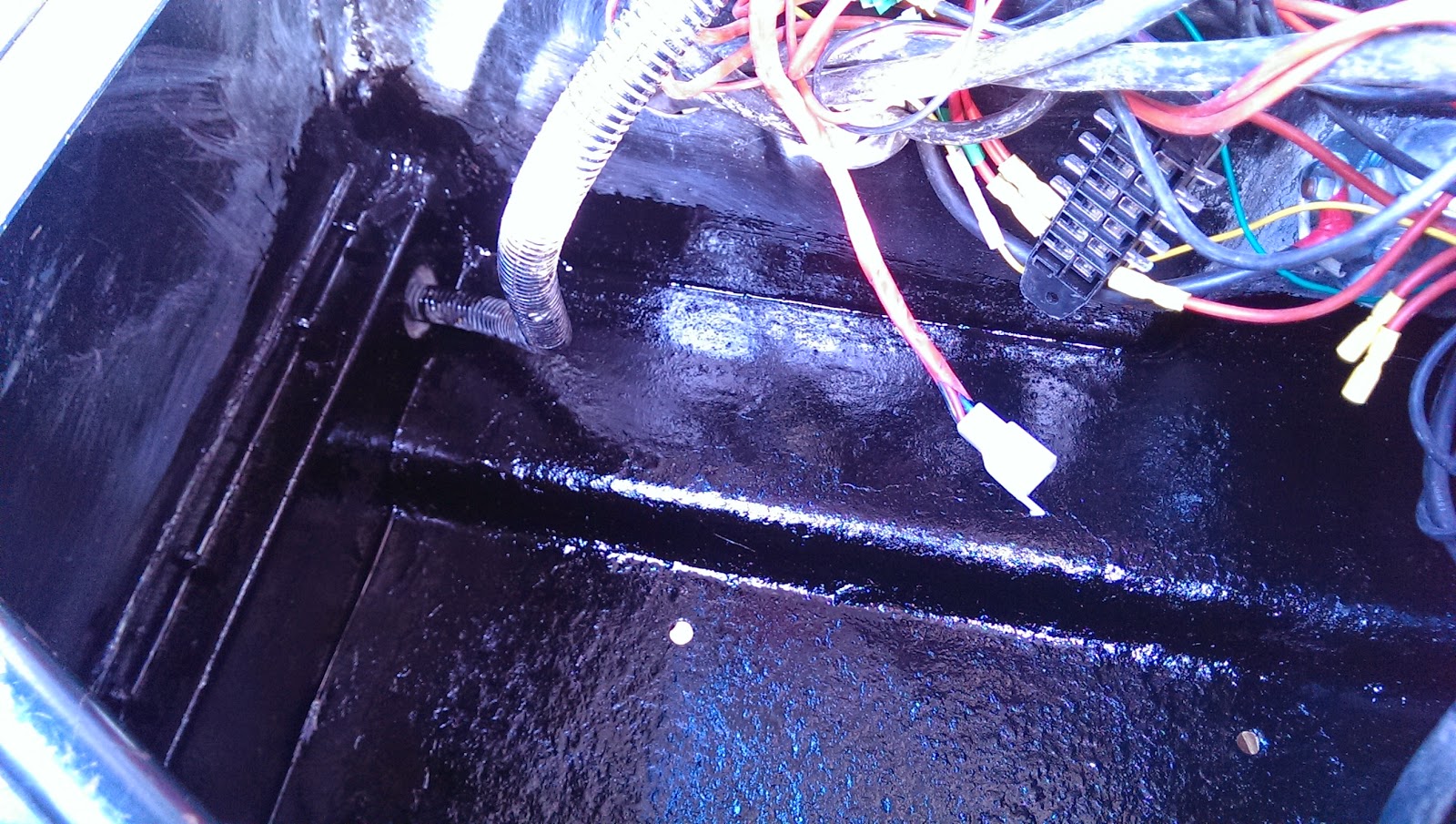 Next job will be to fit extended grommet tubes to stop water getting in.  These will be a home made solution created from large washers and bicycle inner tube.
Posted by Unknown at 03:52 No comments:

Just been and bought a threaded nut insert tool. Great for putting nuts in hard to reach places, like in the extended seat tubes.

And the finished product.